Rohit Jain is an anthropologist and anti-racism activist based at Zurich and Berne. His current work focuses on the connections between postcolonial archives, the politics of affects and the performative intervention into translocal publics. Stand Up! Der Vortrag findet in englischer Sprache statt. The unique design of this poster by Lissitzky stands between avant garde montage and socialist realism with its inflated portraits and staged enthusiasm. 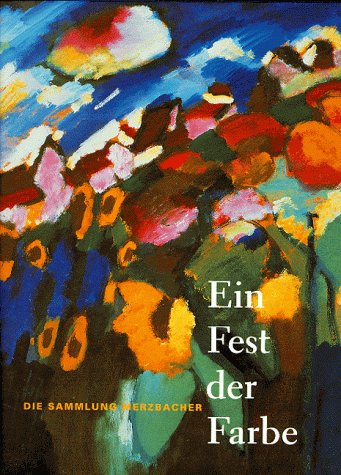 These aesthetic attributes correlate with the shifting economic realities of the time with the move from the NEP to shockwork methods of the Soviet five year plan. This poster comes from a specific moment in Soviet industrialization which was accompanied by a new subjectivity as well. That moment seems to inform our moment as well. Considering this poster opens up a discussion on contemporary forms of subjectivity under current modes of production and distribution of computerized networks. The talk will outline how the communist horizon and real existing socialism can inform our understanding of the current social and cultural, political, and economic realities as we are facing the implosion of the neoliberal order.

Strategies of recalling, reenacting and rewriting are applied in order to shift the weight of history. Travelling in time is presented as a way of shaping the future. The exhibition design consists of a Here past and present are not clearly distinguishable — therefore causally related events are depicted in the same space, separated merely by elements of architecture. RSI is an avant-garde radio station featuring sports and cultural content.

Created four years ago by Martin Camus Mimb, a renowned sports reporter on the African continent, the station is today the most listened-to radio in Douala, the economic capital of Cameroon. In the unique field of sports, we aim to give listeners a new vision of information, thanks to an experienced team of specialized reporters. Photograph by Melanie Boehi, December This talk is concerned with histories of South African colonial formations featuring gardens and plants.

It is grounded in empirical research of multispecies histories in the Kirstenbosch National Botanical Garden. Plants have featured prominently in imaginations and conceptualisations of South Africa throughout the colonial, apartheid and post-apartheid era. In the late 19th century, white settlers appropriated the indigenous flora as a marker of identity.

The settler elite regarded the cultivation of scientific and aesthetic appreciation of the vegetation as a tool for promoting civilisation and patriotism. This occurred within the larger discourse of nature conservation, which served as a legitimisation of white land appropriation, forced removals and prohibition of subsistence land use by Africans and slave-descendants. Subsequently, Kirstenbosch evolved as the centre of a network of regional botanical gardens spread throughout the country.

These activities expressed the aspirations of the Cape colonial elite and evolved in the context of both rising South African settler nationalism and British imperialism. In , the Nationalist Party came to power and apartheid became the official state policy. Standing in a genealogy of empire exhibitions and flower shows, plants from Kirstenbosch were displayed internationally.

The state also invited international botanists to South Africa in an attempt to impose a positive image of South Africa to them. The apartheid state deployed flowers and gardens because they were widely regarded as beautiful and apolitical — an understanding that needed to be continuously reproduced and in the late s was challenged by activists and artists opposed to apartheid. They have been reframed as tourism destinations and sites of post-apartheid nation building.

Stoler, Duress , The talk is concerned with such histories of South African colonial formations. They are addressed from a multispecies perspective, which acknowledges not only humans but also other living beings, in particular plants, as historical actors and witnesses. It does so by drawing on and combining a range of methods, including historiography, multispecies ethnography, critical plant studies, plant sciences, and floriography the reading and writing with flowers.

The two exhibitions will resemble and question each other. There was a focus on a couple of polemic motifs such as construction, fabrication and abstraction by example of written, published and authored works. The first project was all about testing limits.

The current manifestations of contemporary dance and its fringe areas build global bridges through the physical, aesthetic and idiosyncratic interpretation as well as the visualization of socially relevant topics. Contemporary dance inspires and is inspired and often calls for dialogue beyond the physical performance. The work in the exhibition was developed over the last two years and engages with the legacies of botanical exploration, plant migration, flower diplomacy and botanical nationalism from the dual vantage points of South Africa and Europe. Conceived as a surround sound installation, the work serves as an aural repository of local knowledge that was originally passed from generation to generation through oral tradition but was displaced by European writing and nomenclature, which it now confronts in the exhibition space.

Geraniums are never Red revisits the bright red geraniums that trail from the balconies of Swiss chalets and clamber up palm trees in California. They are in fact pelargoniums. They were first brought to Europe — and misidentified — after , when the Dutch East India Company established a permanent settlement and a Company Garden at the Cape and started to explore the surrounding flora to bring back new botanical treasures, which apart from pelargoniums included proteas, ericas and many other mainstays of European gardens.

These films have not been seen since and were found by the artist in boxes in the cellar of the library of the botanical garden. The Fairest Heritage is an attempt to watch these documents today and speak back to the archive. Orlow collaborated with the actor Lindiwe Matshikiza who inhabits and confronts the found footage and its politics of representation, sending up the botanical nationalism and flower-diplomacy of apartheid era South Africa. Exotics were the pride of European gardeners for a long time.

But new species were not just brought to Europe to satisfy horticultural demand and other colonial economic interests. Some plants also arrived as stowaways; seeds in animal feed or other shipments.

The consequences of newly introduced species were not always predictable and in recent decades botanists have highlighted the threat of some of these new-arrivals to local biodiversity. A number of national organisations deal with the problem of invasive neophytes producing information campaigns and so-called blacklists of exotics that are illegal and need to be eradicated.

Zine-Vernissage und Auktion am 1. Mai im Corner College. The income from the bar will go towards the printing costs.

DJ Sweatproducer: Street sounds, household noise, women trumpetists in the apartments. The thinking and feelings seem already now to buzz, as house walls and floors shake and crash. Bushes in the wind. Railing out the window, songs, poems and furious speeches reach the neighbors upstairs.

Connect with the Journal

Through air, so dominant, one can hear it, even the slightest sound! Zine release and auction on 1 May at Corner College. The video tells the story of a police roadblock.


An artist has illegally appropriated the object transforming it into an exhibition piece. Shortly thereafter a police team enter the gallery where it is on display, and repossess it. The first screen of the video installation presents the story as seen through the eyes of the cleaning lady who was the sole witness of the event.

In the second, a group of actors impersonate the characters of her story. This event is part of the exhibition project Theorem 4. Aesthetic Agency and the Practices of Autonomy. Celebrating high times on a Sunday afternoon with a small reading out of the book Josefine, a special high time music set, some tea and gin. They will then be transported to Corner College for a public mise a nu par un objet.

Vadim Levin in a dialogue with a dead artist. The name of the artist will be announced later. Vadim Levin, Spirits Call. Performance, Doors open h h Screening and artist talk by Aya Momose, followed by a discussion between Aya Momose , co-curator Miwa Negoro and the audience. Taking the form of a visual diary, Exchange Diary is a collection of short films recorded and exchanged by two artists over a year, using a unique way in which each artist filmed a short video and sent it to their collaborator who then added their own narration based on their impressions of the visual images.


Initially, each artist shot a short video of their everyday lives or a place they had visited, and then sent the video to their collaborator. The other artist then watched the video, and added their own narration based on their impressions of the visual images.


Invitiation card for the exhibition. Graphic design: code flow. They will then be transported to Corner College for a public mis a nu par un objet.